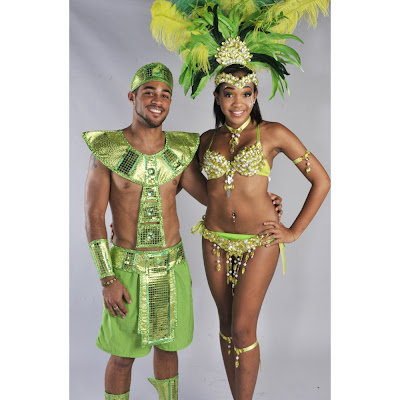 According to news reports some "alleged" gay men clashed with revelers at a Bacchanal Jamaica road march yesterday. The Star reported that about six people (men and women) headed up Constant Spring road to join the parade near West Kings House Road in some very provocative attire.

The altercations reportedly increased as the group moved along the route and turned into physical altercations. My question to these people who joined the parade route is, "Unno mad?" Why would you   knowingly  come out (as a man) in fishnet stockings and a g-string understanding that the crowd would not be sympathetic towards you? I believe it is okay to be who you are, but not okay to force your own sexual orientation on other people.

Shanique Myrie, a Jamaican national is seeking $500.00 from the Caribbean Court of Justice (CCJ) for what she alleges  is discriminatory actions from the Barbados Immigration department. Myrie claims on March 2011, that she was unlawfully detained and stripped searched after her arrival at Grantley Adams International Airport.

The 25-year-old states she was also deported the next day back to Jamaica. 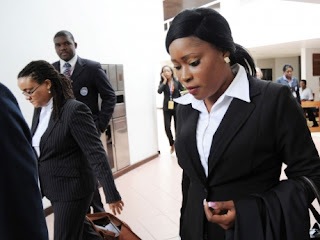 I have to say I didn't know or believe that Bajans did not care for Jamaicans. I mean I have been following this case and I can't see why they detained her. You would think they would have some valid reason for sending her back to Jamaica. Will keep updated on this story.

Posted by iriegal at 4:37 PM No comments:

So what you want to know about Yam?? Well yams originated in Africa. According to Wikipedia almost 95% of the world's yam crop is harvested. Well all I know is that I grew up eating yam with a lot of meals. American style potato is called, "Irish". I guess short for Irish potato. Below are some yams that can be found in Jamaica and many other tropical islands. It was stated that the secret behind Usain Bolt's fast running is Jamaican yam. 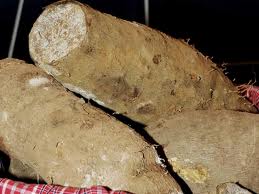 
You cannot come to the island of Jamaica, without noticing the people do speak differently. Actually, it is forbidden in many Jamaican homes to speak, "patois." Growing up I could only speak it at school with my schoolmates.

The debate going on in Jamaica for many years has been the whether or not Patois is a language or just a slang for Jamaica.
The technical definition of the term Creole means-, a language which comes into being through contact between two or more languages. The most important part about this definition is that a new language comes about which was not there before, yet it has some characteristics of the original language(s) and also has some characteristics of its own. The Creole of Jamaica and the Caribbean is referred to as an 'English-lexicon' and this language came about when African slaves were forced into a situation where English, or at least a very reduced form of English, was the only common means of communication.

The slave traders and owners spoke English while the slaves spoke a variety of African languages and the slaves had to assimilate by learning English which explains why much of the vocabulary is English in origin. Although there is much English vocabulary, many words were also adopted from African languages when no equivalent English word could be found such as, words for people, things, plants, animals, activities, and especially religious words (Sebba 1, 1996, 50-1.) The name Jamaica itself was derived from the Arawak word Xaymaca meaning "Island of springs," but no other known trace(s) of the Arawak, the indigenous inhabitants of Jamaica, exist today.

The debate surrounding the use of Patois as opposed to Standard English includes a number of issues and dates back to the times of slavery when Jamaicans had Standard English presented as a superior language and the indigenous language was denigrated to an inferior status. Today, more than 90% of the 2.5 million people in Jamaica are descendants of slaves brought from western Africa by the British. English is the official language but, Patois is the local language and still holds its' Africa.

Below is an example of Jamaican Patois.

USA: It's been a long time since I have seen you, girl.
JA: Gal yuh noh dead yet?

Below is a good video to learn Patois

Posted by iriegal at 9:11 AM No comments:

No come a Jamaica if yuh sick 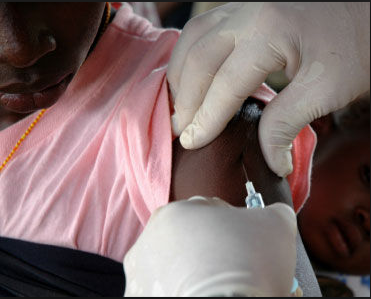 According to public reports Ferguson told the House of Representatives that there was no "elective surgery" taking place at the healthcare facilities  He did state that the ministry knew how to deal with such emergencies.

How do you feel about this crisis in Jamaica.

Posted by iriegal at 8:10 AM No comments:

Yuh No Haffi Come Back 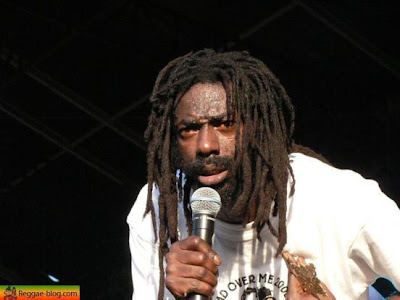 I am going to start off by saying how amazing it is that most of our entertainers end up in the United States Judicial system- sometimes warranted-sometimes not.
Yesterday reggae artist Mark Myrie popularly known as "Buju Banton" got a reprieve yesterday when it was revealed that juror Teri Wright had submitted the wrong computer for the forensic examination. Banton has been convicted of trying to set up a deal to buy 11 pounds of cocaine an sentenced to 10 years in prison.

I find it interesting that United States entertainers go free or do minimum to no time on drug related issues. Reports stated Banton's lawyers retained an expert who tracked down approximately 1.6 million internet records however none pertained to the time frame of February 14 to March 8.
If in fact this new evidence results in a mistrial I hope Mr. Banton will consider lifestyle changes and companion changes and focus more on his music bringing Jamaica and the world the music we love.


More of the story here

Posted by iriegal at 8:59 AM No comments:

If you are enjoying the contents on this site, please donate to keep it going